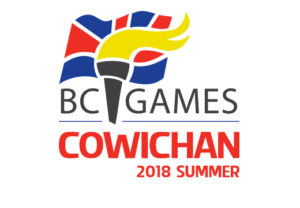 The Sportsplex has been chosen to host two events for the 2018 BC Summer Games: boys and girls softball, and Athletics, the largest sporting event.

The Games take place July 19-22 and feature up to 2800 athletes in various sports hosted throughout Cowichan Valley.  Come cheer on the athletes with us!

BC Games and Cowichan Sportsplex go back to 1991! 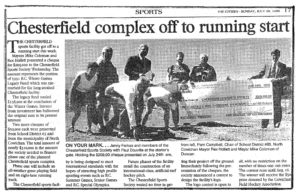 BC Games Early Supporter of

In 1991 a group of local visionaries formed Chesterfield Sports Society, a nonprofit registered charity that went on to establish Cowichan Sportsplex. These passionate community leaders had a dream to build a 26-acre outdoor, multi-venue sports and recreation facility that could serve the region’s athletes and players of all abilities and ages for decades to come.

But the $1.2 million project called for teamwork.

The 1991 BC Winter Games stepped up to the plate with $158,000 in legacy funds, which grew to $209,000 with interest by the time it was time to break ground on Cowichan Sportsplex’s all-weather grass infield and eight-lane running track. BC Games was joined that year by local government contributions and by the hard work of countless volunteers, small business owners, and local citizens. Cowichan Valley Athletic Club Track and Field and Cowichan Field Hockey Association were two of the first sports clubs to contribute at the very beginning.

BC Games has believed in the Cowichan Sportsplex mission to bring better health and vitality to our community. We thank them and in turn support all they do to showcase the province’s outstanding young athletes.

Join them by joining us. Become a volunteer or donate to our charity. Every minute, every dollar brings us closer to our goal.